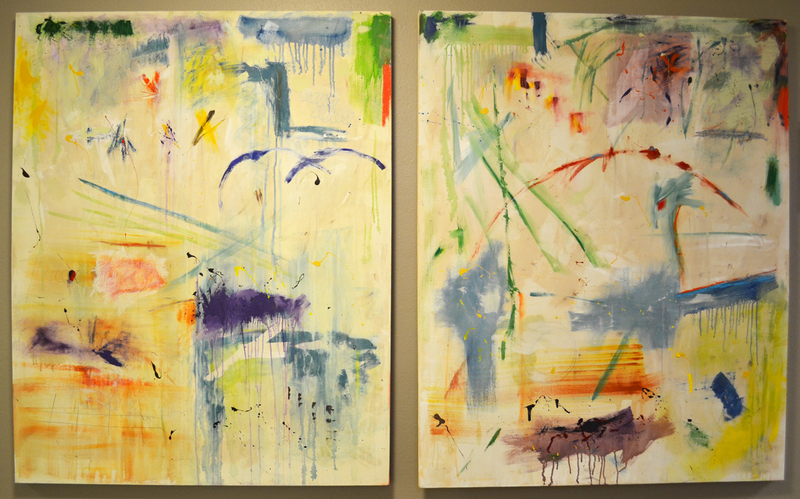 Professor Jo Van Arkel already had an MFA in creative writing from the University of Oregon.  She has created visual art combined with her written art for many years while teaching countless students to think more creatively in the writing program at Drury.

Betty Parnell has years of experience as a public school teacher and counselor.  She is a Drury alumna, and for several years was Drury’s “First Lady” while her husband Todd filled the role of Drury’s 16th President (2007-2013).

With adjacent studios in the M-ART program, Jo and Betty struck up a friendship and a collaboration was born around the annual theme of the United Nations Universal Children’s Day.  The diptych was in their studio common space and they would each work on it independently – responding to each other’s contributions.  When completed, they presented it to the Drury School of Education and Child Development in celebration of the U.N. Universal Children’s Day in 2016.