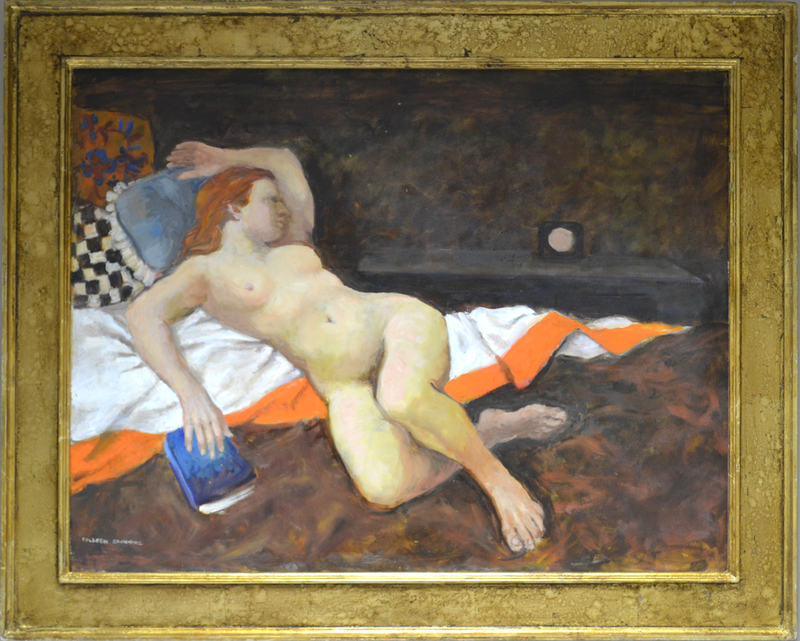 Browning was an Irish-American artist born in 1918 in Shoeburyness, England.  She attended the Slade School of Art in London on full scholarship from 1937-1939.  She worked as a mapmaker for the Royal Air Force during WWII before working as a set designer for film studios.  In 1949, she immigrated to the United States, became an American citizen in 1950, and lived in NYC for the next fifty years until her death in 2003.

Among her prizes are the Carnegie Institute Prize and an Emily Lowe Award.  She taught at Pratt Institute and the City College of NY.  Her work has been exhibited at the Whitney Museum, Pennsylvania Academy of Fine Arts, Walker Art Center, Cleveland Museum of Art, and the Carnegie Museums of Pittsburgh.