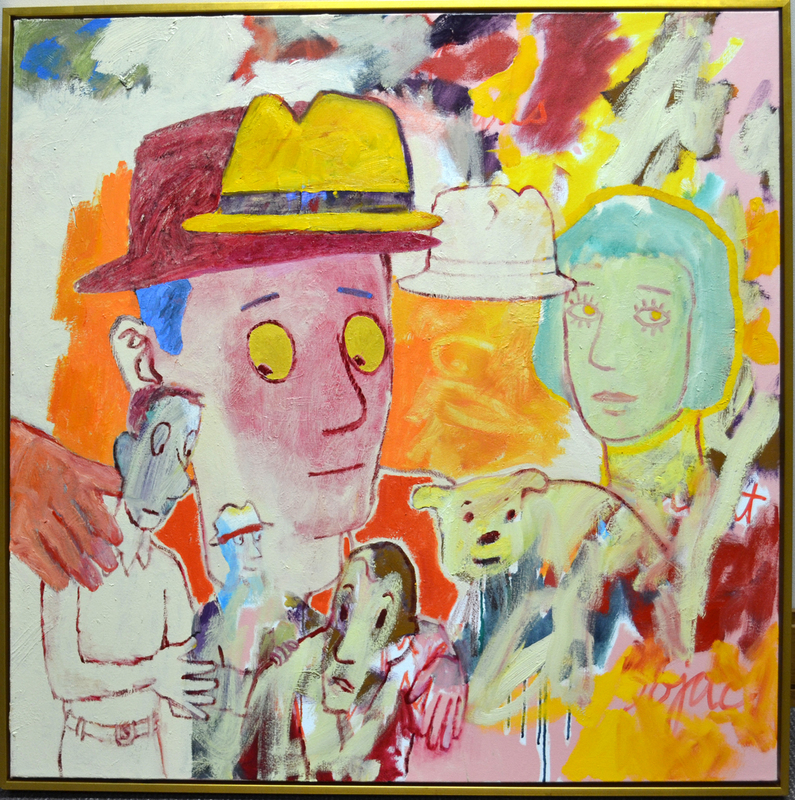 Born in Baltimore, Philip Morsberger studied at the Maryland Institute College of Art and earned a BFA from the Carnegie Institute of Technology.  He then studied at Oxford University in the UK in the mid-1950s. He joined the faculty at Miami University in Oxford, OH where he taught from 1959 – 1968.  Returning to England, he became the Ruskin Master of Drawing at Oxford from 1971-1984.

Back in the US, Morsberger taught at Harvard, Dartmouth, UC Berkeley, California College of Arts & Crafts, and Augusta State University in GA, where he retired in 2002.

From a 1999 retrospective at Miami University, Morsberger described his work as a continuum of “color, craft and things theological.”  His work blends abstract expressionism, his classical training from the Ruskin school, and a lifelong love of comic strips.