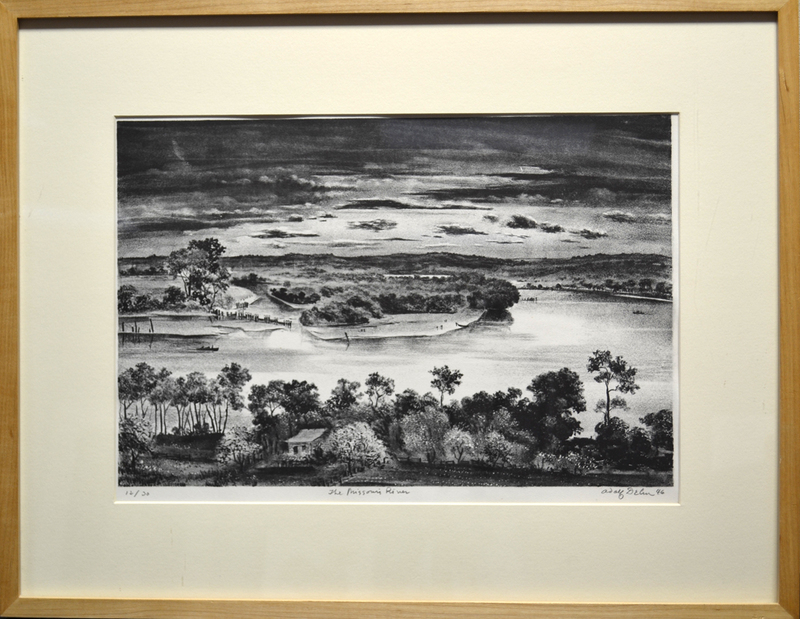 Beginning life in Waterville, MN, Dehn studied art at the Minneaopolis School of Art in 1914 before receiving a scholarship to the Art Students League in NY in 1917.  Dehn spent 1920-1929 in Europe where he made lithographs at the Atelier Desjobert. Returning to NY in 1929, he continued to be a prolific printmaker, and in 1937 also began to paint in watercolor.

Dehn received Guggenheim Fellowships in 1939 and 1951, and in 1961 was elected Full Academician to the National Academy of Design. Dehn’s work focuses on social satire and regional  landscapes of Colorado, New York, and the upper Midwest. He taught briefly at Stephens College in Columbia, MO and the Colorado Springs Fine Arts Center.

His works can be found in many major museums including the Metropolitan Museum, The Chicago Art Institute, MoMA, MFA Boston, and The British Museum.